The Australian Turf Club, then known as the Australian Jockey Club approached Mark in December 2009 to join the Club to head their property development team.  Work immediately commenced on a concept masterplan for the Royal Randwick Racecourse and Warwick Farm Racecourse sites.

The immediate priority was the redevelopment of the Queen Elizabeth II (QEII) and Paddock grandstands given their age and the poor condition of the QEII stand.  Mark lead the design and feasibility analysis for a new grandstand in addition to preparation of a submission to the NSW Government that successfully resulted in a $152.7m grant to construct the new grandstand. Approvals and tendering took place soon after and work commenced in February 2012. The stand was fully completed in August 2013.

The stand sets new benchmarks for grandstand design, technology and finishes and has been lauded as one of the best in the world by industry stalwarts. The stand was designed to cater for both racedays and non raceday events and includes a 1,000 pax ballroom, 1,200 capacity tiered dining restaurants, 24 luxurious corporate boxes, The Stables members club.  The stand also features finishes the equivalent of a five star hotel and the best restaurants and bars in Sydney.

The grandstand is acknowledged as setting the benchmark for grandstands in Australia and is benchmarked against the best stands in the world including Royal Ascot. Total Project cost AUD$170 million. 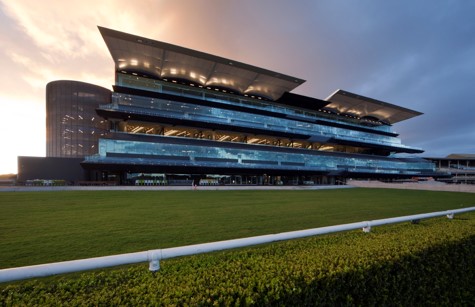 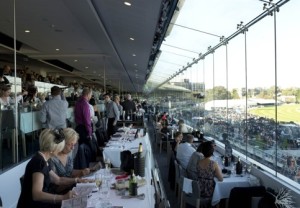